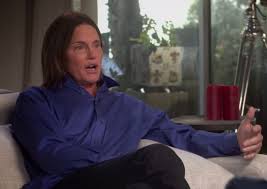 Bruce Jenner has previously revealed to the world how his ‘whole life was leading up to this point’. The tell all interview with ABC anchor Diane Sawyer is to air tonight in America with another two trailers having been released – describing the ’emotional rollercoaster’ he’s been on.

In previously trailers, Bruce has spoken briefly about his life changing event and has put emphasis on speaking about his family and how important they are to him. He has said they are ‘the only ones he’s concerned with’ and how ‘he can’t let himself hurt them’, but in the latest two trailers he concentrates on the ’emotional rollercoaster’ he’s been on.

He says: “It’s gonna be an emotional rollercoaster but somehow I’m going to get through it. I want to know how this story ends. You know? How does my story end?”