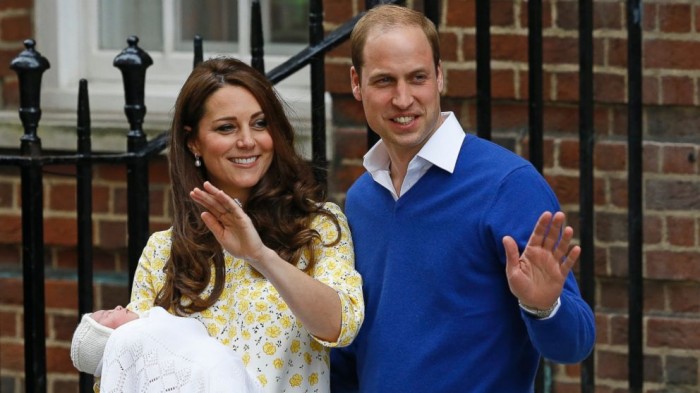 The Duchess of Cambridge has given birth to a little baby girl at St. Mary’s Hospital in London, Kensington Palace which was announced to the world on Saturday.

Her daughter automatically becomes fourth in line to the British throne, behind her grandpa papa William and big brother Prince George of Cambridge. (Yes, the new baby jumps uncle Prince Harry in the succession.)

“The baby weighs 8 lbs 3 oz,” the palace added. “The Duke of Cambridge was present for the birth.” They proud parents have called their newborn Charlotte Elizabeth Diana!

Kate is rumored to be planning a longer maternity leave from her official duties than she took when she was a first-time mom, as she wants to spend more quality time with both of her children before she heads back to the royal trenches. According to the palace, Prince William will take two weeks off from his new post training as an air ambulance helicopter pilot.