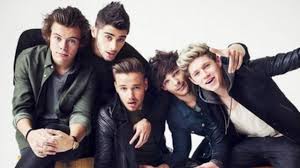 Zayn Malik has quit One Direction!!!

The 22 year old said in a statement: “My life with One Direction has been more than I could ever have imagined. But, after five years, I feel like it is now the right time for me to leave the band.

“I’d like to apologise to the fans if I’ve let anyone down, but I have to do what feels right.” It has been confirmed by One Direction that they will continue their world tour as a four piece and will be recording a fifth album later on in the year.

We have a feeling this may have all been sparked by the photo that had earlier came to light of him holding another woman around the waist and not his fiancee, Little Mix singer Perrie Edwards.

Seems as though Zayne is going a completely different direction that the rest of his fellow band members.